So the other week I decided to try my hand at making some challah. I had a recipe saved that I wanted to try from Peter Reinhart (which I got from Michael Ruhlman’s website), who is a famous bread man, which is actually the scientific term for a man of the bread. Look it up.

Here’s the thing about challah. Challah, much like it’s Russian cousin brioche, is traditionally made with a lot of added fat, and some sugar which gives it it’s classical color and consistency. The added fat in challah is traditionally egg yolks (whereas in brioche it’s butter…), and you know me, I must adhere to tradition. So yeah, there are a lot of egg yolks. The recipe calls for 170 grams of egg yolks. That’s about 26 eggs…ok not really, it’s about 8-10 egg yolks (but its much less than 26 right?). I know what you’re thinking “How are you not on the biggest Loser?” That’s a good question, but here’s my justification, if you’re going to make something make it how it’s supposed to be made, at least the first time you make it, and then you can tweak it the next time. Makes sense right? Also, this batch made 4 large challahs, one medium one, and 3 rolls, so not an epic fat-fest in the long run.

Anyway – challah has sugar and fat in it, which actually prevent the gluten from forming properly, however this lack of properly formed gluten is what gives it it’s tenderness, but therefore it needs to rise for a longer period of time. To accommodate that, we’re going to make the dough in advance, and let it rise in the fridge which retards (yes that’s the actual word) the rise, and lets it rise for an extended period of time (you can make this up to 4 days in advance). This also lets the dough develop more flavor, so it’s a win win!

Baking is more of a science then cooking, and whenever possible I like weighing out stuff, instead of measuring it. Not only is it more accurate, there’s also less stuff to clean after, so that’s always a plus.

Start by measuring out your yeast and water, and mix to combine 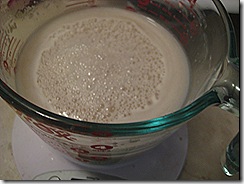 Then add the egg yolks, oil, sugar, and vanilla to the water/yeast mixture, and mix that up.

Then add your flour and salt, and with the paddle attachment, mix until it just comes together, about 2 minutes on the lowest speed, and then let the dough rest for 5 minutes. 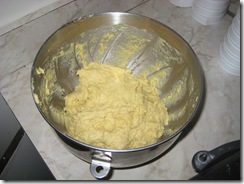 After 5 minutes, put the dough hook on ad knead for about 4 minutes on medium-ish. When that’s done, plop the dough down on a floured surface and knead a little more until the dough is soft adding a little flour as needed. You’ll know when it’s done. Then transfer it to an oiled container for it’s retarded retardation in the fridge, and go get some well needed rest, you deserved it…I’ll see you in a few days. 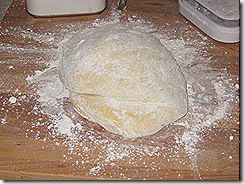 Ok – you’re back, rested up, and ready to bake. I like your enthusiasm. But wait – we’re not ready to work just yet. Take the risen dough out of the fridge and let it rest at room temperature for at least 2 hours before we start manhandling it. It will make it much easier to work with.

After 2 hours, transfer the dough to a floured surface, and divide the dough into however many portions you need (whether you’re gonna braid it or not). 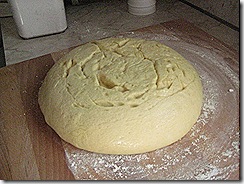 Shape your loaves and set on a baking sheet or loaf pan.

15 minutes before the dough is ready, preheat the oven to 350. When the dough has risen, bake for 20 minutes, rotate the pans, and then bake another 15-30 minutes. Let cool for 45 –60 minutes, and then rip it apart like the ravishing person you are.

I’m not gonna lie, the challah was pretty awesome. Not necessarily the best tasting challah I’ve ever had (that’s not to say it didn’t taste good, it did, but it wasn’t the best), but in regards to texture, it was dead on. I’ve never had homemade challah that was this perfect in texture. It was soft, tender, and had a great crust and crumb. Also because of the added fats, it keeps really well.

By the way, as per the website I got the recipe from, if you want to use whole eggs, and not just egg yolks, you can, just omit 2 tablespoons of water per whole egg you use.

To make the dough:

To make the Challah: 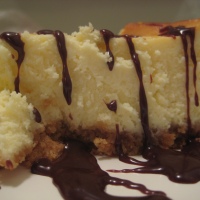