“I’m a child at heart.” Now when most people say that, they mean that they’re care free and fun, or something whimsical like that…When I say it, I’m referring more to the “terrible twos” stage. You know, the annoying, stubborn, “by my self!!” stage. Especially in the kitchen. I don’t really know why, but I hate using cookbooks. It’s so cookie-cutter; so non-independent, and I don’t like that. Of course there are times that I need to follow recipes, but there’s just something about it. When I cook, I like to think I’m being original, and that I’m creating something new, but following someone else’s instructions makes me feel like a goober. There are times when this pays off greatly. Like when I invented the pizzogi (a combo of pierogi and pizza). Or how about that time I decided to bake the baking powder to get a stronger base to make our bagels with? Yeah that was pretty awesome…You see? I am pretty creative…Of course, with the good, comes the bad. Like that time I decided to try and make parve ice cream with fat free half and half (that was a long time ago, but the epic fail still resonates in my ears). And then there was that time I decided to try and make a smoothie out of strawberry, banana, kiwi, coffee, and chocolate. I wish I was making that up. At the time, I thought I was doing society a favor by creating the next drink of the millennium, but apparently I’m an idiot.

But that’s what it’s all about. Cooking is about the failures as much as it is about the successes. (Did you know I was this deep??)  Anyway, without boring you anymore, and to just fast forward to where I was going with that whole diatribe, there’s this really good book called Ratio by Michael Ruhlman, which is essentially a tool for cooking anything, well almost anything. For example, instead of giving a recipe for bread, it gives a ratio for bread. All you have to do is combine 5 parts flour with 3 parts water. That’s what bread is. Yeah obviously you need yeast to make it rise, and you’d need salt also to make it taste good, but other than that, that’s all you need to know. (Now happens to be you can mess with that ratio, and change the amount of flour:water ratio to get different types of breads [for example: a ciabatta has a higher water content, than does a rye bread] but that’s for another time.) How does this help? Well lets take you as an example, sometimes you tap that inner pig, and can inhale 5 loaves of bread in one sitting, but other times, you can barely eat a breadcrumb. Well all you have to do is decide how much flour you want to put in, and presto, with this newfangled ratio thingamabob, you can then figure out how much water to put in, and bob’s your uncle.

One of the other ratios in the book is for making chicken stock. You may be saying to yourself, I feel really embarrassed to ask this, but I never knew the difference between chicken stock, soup, and that weird one – consommé. Well I’ll tell you. Any stock, is literally just flavored water. Chicken, beef, vegetable, fish, it’s all the same. You take whatever, add water, and let the flavor molecules infuse into the water. Chicken consomme is taking chicken stock (which remember is just “water which is flavored like chicken”) and adding other vegetables to it to make it into what we commonly refer to as “chicken soup.” (Our modern day “chicken soup” is more of a hybrid)

In the book, there’s a ratio for making chicken stock, which he says is 3 parts water to 2 parts bones. And even though a stock doesn’t need a hard fast ratio like bread does, it still helps to have some sort of guideline (note – guideline, not recipe…yeah I’m that stubborn). Now the way chicken stock is made, you can basically take any part of the chicken you want, cover with water, and cook on a very low flame, for a really long time. The reason for the low flame is when you heat water with chicken inside of it, it’s basically a chemistry experiment. And all of these flavor “molecules” from the chicken are going to wind up in the water. But we don’t want every last molecule ending up in the water, because not every molecule on the chicken tastes good. The bad/harsh flavor molecules will only be coaxed out if the weather is just right, and since it’s one big communal pool, these harsher flavors will be stuck in your stock. So bottom line – gotta keep the temperature low, which means you got to cook it for a long time.

Now, I’m not going to lie and pretend I know everything about this whole process, and which bad flavors will be rearing it’s ugly head, and why it’s any different than if you roast a chicken. Bottom line – for a chicken stock, you gotta cook it low and slow, or else the bunny gets hurt.

And now is the time on Sprockets when we dance make some stock.

Traditionally stock is made out of the bones; most likely because our ancestors liked to get everything they could out of the animals they ate, and this was a way to put the bones to good use. However, there is good reason to use the bones. They’re chock full of flavor, and collagen, which breaks down into gelatin which will give body to the stock. Also, you can either use the bones as is, or if you want a deeper flavor, you can roast the bones first. Which is what I did.

So after your weigh your bones, put them in a roasting dish, sprinkle some salt and pepper over it, and roast away at 450 for about 20-30 minutes, and transfer it to your stock pot

Then measure out your water. So lets say you have 2 pounds of bones, you’ll need 3 pounds of water, and since “a pints a pound the world around” and a pint is 2 cups, you will need 6 cups of water (in layman’s term – 2 cups is equal to 1 pint, and 1 pint is always a pound, and since you need 3 pounds in this case, you’ll need 6 cups…kapish?). You also want to add some other flavors, and you can really add anything, but in my opinion you want to keep it simple. Onion, carrot, and celery (a.k.a. – a “mirepoix”) coarsely chopped go well, as does parsley and dill. And then of course salt, and pepper, and I really like a bay leaf or two for a chicken stock.

Stuff all that in a stock pot, and you really want to make sure it’s all covered with water. If it’s not, it’s ok to add more water until it is covered (another thing you can do is chop the pieces of chicken up to smaller pieces so it fits in the pot easier).

I find that the easiest way to cook the stock is to put your oven on the lowest setting. We’re looking for a temperature around 190, but definitely not over 200. Put the stock pot in there uncovered, and let it cook away for at least 4 hours, 8 is fine, heck I’m sure 12 is fine, just make sure there’s still enough water in there to cover everything.

Then when it’s done, strain everything out, let it cool, and then plop it in the fridge over night, so you can skim off the fat if you want, and you got yourself some nice homemade chicken stock (plus some schmaltz!). I like to freeze my stock in Ziploc bags in the freezer. It freezes faster, won’t take up as much space, and defrosts quicker also.

Yes, I took a picture of a Ziploc bag with chicken stock in it, in case there was some confusion.

Now besides making the best chicken soup you’ve ever tasted with it (just add whatever veggies you normally put in the chicken soup), you also have a tool that can make almost anything taste better. For example, let’s say you’re making risotto, instead of putting in plain ole’ water, you can put in your own stock, it will taste so much better. Or if you’re really feeling crazy, you can even add it to your cholent instead of water, why not?

Another great thing to do is, if you happened to make the stock out of actual chicken (and not just the bones), you can now use the cooked chicken to make one of my absolute favorite dishes, which in our house we call chicken crepes (or “craps,” which apparently is Hungarian for crepes…well at least in the dialect of my Grandmother). I already made a batch of these and they’re ready for a post, now all I need to do is sit down and type one up…It’s hard work being a blogger.

Now as usual, there’s a lot more to be said, and most of you will probably wonder: “why bother?? Why go through all this? Just make plain old chicken soup, by adding chicken, veggies, and spices into the pot like my great grandpaw used to make it! If it was good enough for him, it’s good enough for me.”

Well, to be honest, for me it’s all about understanding what I’m doing and how or why it’s done a “certain” way, and if need be, I’ll question its methods. I am constantly struggling to on the one hand to adhere to tradition, but on the other hand not do things while cooking because “that’s how they’re supposed to be done.” You know what I’m saying? In my opinion, understanding what a stock is, and how it’s different than what we’re “supposed” to do, and what the different uses for it are, makes the cooking experience a deeper one, and it kind of allows my craziness for cooking to be slightly justified, and just a smidgen more meaningful. You can just call me Superman, or Ubermensch if you really want to adhere to tradition.

(Any takers on that last reference??)

All right, enough ranting for now. Go on, make some stock.

adapted from Ratio by Michael Ruhlman 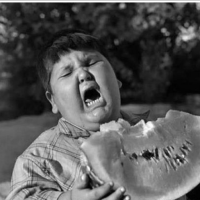